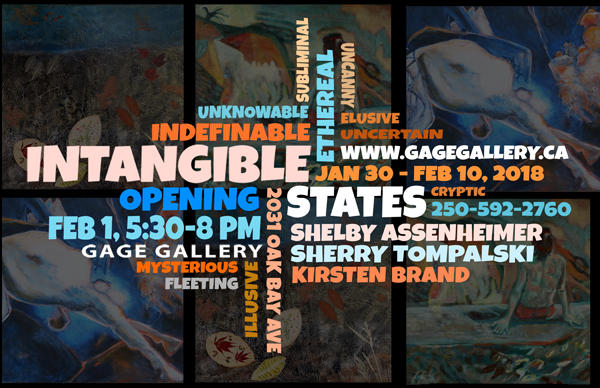 Three artists capture on canvas memories and glimpses of the present and future.

Tompalski believes the nature of everything is illusory and ephemeral and consequently, unknowable. 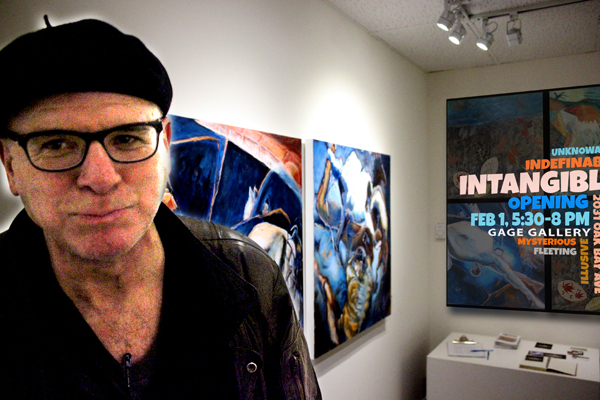 This manifests as a magical and meditative quality in her work. Brand imagines the mystery of a soul’s journey and uses memorabilia to stimulate emotion, bringing to mind a life gone by.

Assenheimer contemplates humankind’s challenge to identify the illusive balance between the natural and the artificial. 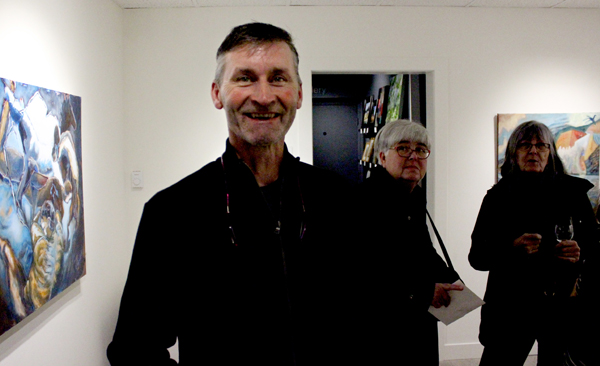 The Intangible States show was inspired by Quantum physics which tells us that objects exist in a suspended physical state until observed. Once observed, the object’s state is altered. All photos by Graham Thompson.