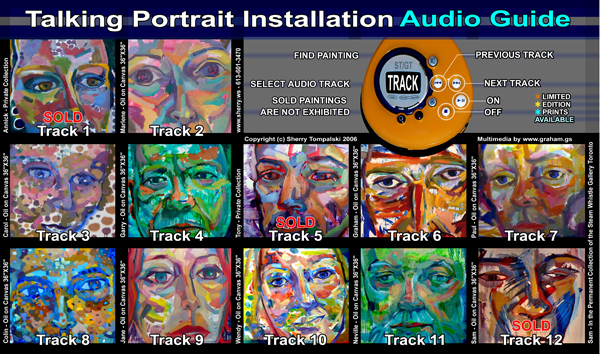 Sherry Tompalski’s Talking Portait Installation Debuted in Toronto at the Steam Whistle Gallery. Curated by Simon Hermant, the show opened October 26th at 6pm and continued until November 22nd at The Roundhouse 255 Bremner Blvd. in Toronto, close to the CN Tower. 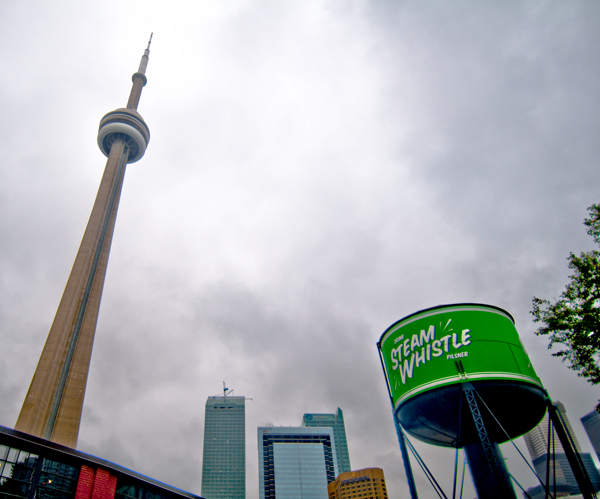 The Talking Portrait Installation covered an entire wall of the Steam Whistle gallery with 144 square feet of boldly painted close-up portraits. This matrix of 16 paintings immerses the viewer in a field of faces that act as a metaphor for our distilled experiences with other people. 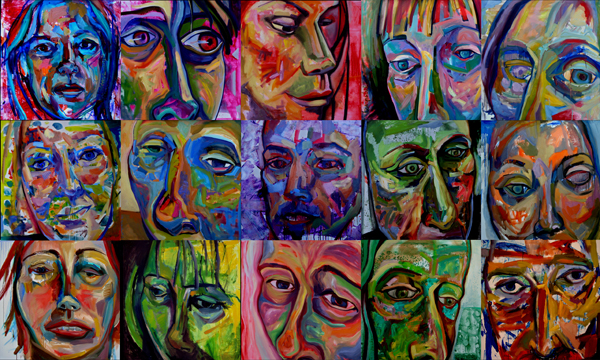 The installation also includes audio samples and time-lapse photography from the actual portrait sitting which illustrates the concept of co-construction – the reciprocal, mutual influence between an artist and a model that is interactive, bi-directional, and largely unconscious. Thus the finished portraits are a visual coalescence of this process. 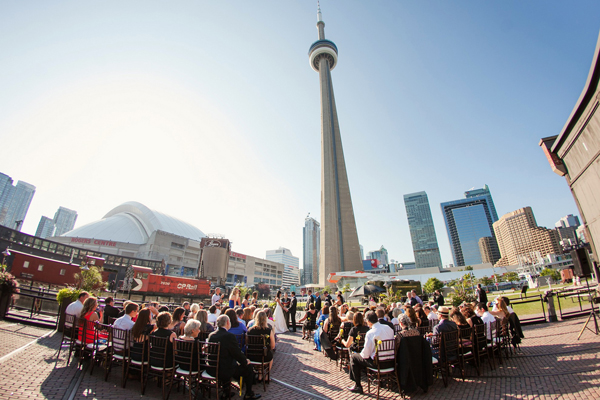 Tompalski’s style is best described as psychological realism, an attempt to capture the psychological experience of another person in paint on canvas. In the Talking Portrait installation Tompalski often utilizes “ironic colour” which was used by Michealangelo in his paintings in the Sistine Chapel. Ironic color is color that is in opposition to the manifest expression of the model, and this adds a complexity to the meaning of the portrait. This ambiguity seems appropriate as people often have complex experiences and mixed feelings. Ironic color captures this beautifully.